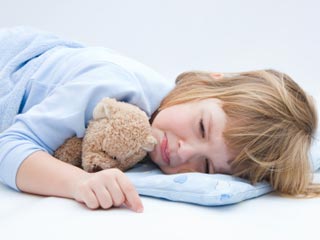 (HealthDay News) -- Children who have good sleep habits by age 5 do better at school, a new study finds.

Researchers reviewed the sleep behavior of nearly 2,900 children in Australia from birth until they were 6 or 7. They found that one-third had mounting sleep problems in their first five years that put them at added risk for attention disorders and emotional and behavioral problems in school.

"We now know 70 per cent of children are regulating their own sleep by five years, but for the remaining third it may be detrimental to them developmentally over time," researcher Kate Williams said in a Queensland University of Technology news release. Williams is on the faculty in its School of Early Childhood.

"The overwhelming finding is it's vital to get children's sleep behaviors right by the time they turn five," she added.

The study was published recently in the British Journal of Educational Psychology.

Children with increasing sleep problems in early childhood were apt to be more hyperactive and to have more emotional outbursts in the classroom.

"If these sleep issues aren't resolved by the time children are 5 years old, then they are at risk of poorer adjustment to school," Williams said.

She said sleep problems can be sorted out before children reach school age if parents and child care workers are aware and supported. Prevention is the key, she added.

"Parents can withdraw some habits, like lying with children over and over, letting them into their bed, it's really important to give children a sense of skill so they can do these things themselves," Williams said.

The National Sleep Foundation has more about children and sleep.