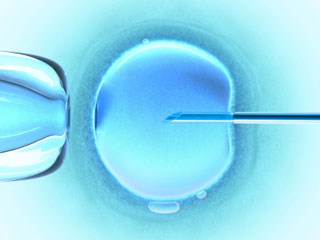 (HealthDay News) -- Depression and anxiety -- but not necessarily antidepressants -- are associated with a lower chance of becoming pregnant through in vitro fertilization (IVF), a new study suggests.

The research included more than 23,000 women in Sweden who underwent IVF since 2007. Just over 4 percent of the women were diagnosed with depression or anxiety in the two years before IVF, and/or were prescribed an antidepressant in the six months before undergoing the fertility treatment.

"We found that women undergoing their first IVF treatment who either had been diagnosed with depression or anxiety or had dispensed an antidepressant had lower rates of pregnancy and live birth rates compared to women who did not suffer from these conditions or take antidepressants before beginning their IVF treatment," study first author Carolyn Cesta said in a news release from Karolinska Institute in Sweden. Cesta is a doctoral student in the institute's department of medical epidemiology and biostatistics.

"Importantly, we found that women with a depression or anxiety diagnosis without a prescription of antidepressants had an even lower chance of becoming pregnant or having a live birth," she added.

The findings were published online recently in the journal Fertility & Sterility.

According to the study's principal investigator, Anastasia Nyman Iliadou, "Taken together, these results indicate that the depression and anxiety diagnoses may be the underlying factor leading to lower pregnancy and live birth rates in these women." Iliadou is an associate professor in the department of medical epidemiology and biostatistics.

But, she added in the news release, the association seen in the study does not prove a cause-and-effect relationship. Because this was not a randomized study, the results could be due to lifestyle and/or genetic factors associated with depression and anxiety, Iliadou said.

The U.S. Centers for Disease Control and Prevention has more on assisted reproductive technology.