Women in cardiac arrest may be less likely to receive help

Women in cardiac arrest may be less likely to receive help 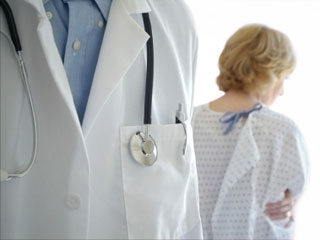 TUESDAY, March 8, 2016 (HealthDay News) -- Women are less likely than men to be helped by bystanders if they suffer cardiac arrest, a new study finds.

"There is a misconception that women don't have heart problems so they don't get as much help from the public and they are not treated the same by doctors," said study author Dr. Nicole Karam. She is an interventional cardiologist at the European Hospital Georges Pompidou in Paris.

Researchers reviewed records of more than 11,400 people who had a cardiac arrest in public areas in and around Paris between 2011 and 2014.

Cardiac arrest, the sudden loss of heart function, is often caused by abnormal heart rhythms. It is not the same as a heart attack.

Even though bystanders were more likely to be present when women suffered cardiac arrest, researchers found only 60 percent of women received basic life support -- such CPR and use of an automated external defibrillator -- compared with 70 percent of men.

Eighteen percent of women and 26 percent of men reached the hospital alive, the investigators found. The study was released by the European Society of Cardiology on March 8 in recognition of International Women's Day.

"When a man has a cardiac arrest he is less likely to have witnesses, but they perform CPR more frequently. Probably people are more afraid to do CPR in women because we look fragile. They may also not believe that she is really having a cardiac arrest -- even though we found that 40 percent of patients were women," Karam said in a society news release.

The frequency of heart disease in women is increasing so it's no longer a "man's problem," she added.

"When it does happen, doctors need to manage women just as they would manage men. We can only improve women's survival from cardiac arrest when doctors, emergency medical services, the public, and women themselves accept that it can happen to anyone regardless of gender," Karam concluded.

In general, research data and conclusions presented at medical meetings should be considered preliminary until published in a peer-reviewed journal.

The American Heart Association has more about cardiac arrest.