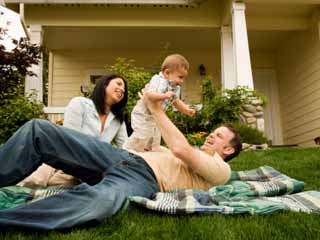 Researchers compared data from 1995 through 2011 in California -- which introduced paid family leave in 2004 -- with seven states without such a policy: Arizona, Colorado, Florida, Iowa, Maryland, Massachusetts and Wisconsin.

After California introduced paid family leave, there was a decline in rates of hospital admissions for abuse-related head injuries in children younger than 2 years old, the investigators found.

In states without paid family leave, these hospital admission rates rose between 2007 and 2009 -- the so-called Great Recession -- while remaining stable in California, according to the study.

The findings were published Feb. 25 in the journal Injury Prevention.

The drop-off in California occurred despite low use of paid family leave, said study author Dr. Joanne Klevens, of the U.S. Centers for Disease Control and Prevention's National Center for Injury Prevention and Control. She and her colleagues noted that only 38 percent of parents eligible took advantage of the policy in 2014.

The study authors said the policy's impact could be even greater if more at-risk parents knew about it, could afford to use it, and used the full 12-weeks available to them.

While the study findings don't prove a cause-and-effect relationship, the results do provide "positive evidence" that paid family leave affects rates of abuse-related head injuries in young children, the researchers said in a journal news release.

The California law provides partial wage-replacement so parents can bond with a new baby.

Head injuries are the leading cause of child abuse-related deaths in the United States, the researchers said. Most victims are between 9 weeks and 20 weeks old, a period when infants tend to have long bouts of crying.

Prevention efforts focus on educating parents about infant crying and the dangers of shaking infants, but this approach has had little effect, according to the study authors.

The U.S. National Institute of Neurological Disorders and Stroke has more about shaken baby syndrome.