Flu season continues to be mild

Flu season continues to be mild 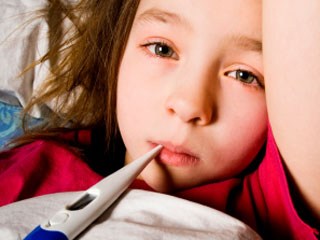 (HealthDay News) -- This flu season continues to be mild, and the flu vaccine is working better than the one used last season, U.S. health officials reported Wednesday.

But that doesn't mean everyone can rest easy yet, because flu activity is picking up a bit and the season isn't expected to peak for several weeks, probably some time in March, officials from the U.S. Centers for Disease Control and Prevention said.

"Last week influenza activity did increase a bit more and at a little bit faster rate," said Lynnette Brammer, an epidemiologist in the CDC's influenza division.

Doctor visits for flu last week increased from 2.5 percent of all visits to 3.4 percent, Brammer said. "To date, it's still been a mild season, with low levels of hospitalizations and low levels of flu-associated deaths," she said.

Despite this year's mild season, 13 children have died from flu complications so far, Brammer said. Depending on the severity of a flu season, the CDC has reported anywhere from 40 to more than 300 pediatric deaths. So the number of child deaths this year is comparatively low, she said.

Unlike last year, the most common flu strain circulating this season is the H1N1 strain. Last year, it was the H3N2 strain, Brammer said. "But H3N2 is still hanging in there, it's not going away," she said. "We've got a little bit of everything out there."

Both of these strains, and a third one, are included in the current flu vaccine, Brammer said, making this year's shot a better match than last year's vaccine. Last year, the flu vaccine was only 23 percent effective overall, according to the CDC.

The good news is that preliminary figures show that the overall effectiveness of this season's flu vaccine so far is 59 percent, CDC officials reported Wednesday.

"This means that getting a flu vaccine this season reduced the risk of having to go to the doctor because of flu by nearly 60 percent," Dr. Joseph Bresee, chief of CDC's Epidemiology and Prevention Branch, said in a statement. "It's good news and underscores the importance and the benefit of both annual and ongoing vaccination efforts this season."

Milder weather may be one factor affecting this flu season, Brammer said. But it's only one factor of many that can determine the severity of a flu season. Another big factor is how many people are immune because they've been vaccinated.

In a typical season, flu complications -- including pneumonia -- send more than 200,000 Americans to the hospital. Death rates linked to flu vary annually, but have gone as high as 49,000 in a year, the CDC said.

Virtually everyone older than 6 months of age is advised to get a flu shot. The exceptions are people with life-threatening allergies to the flu vaccine or any ingredient in the vaccine, according to the CDC.

Pregnant women are considered at high risk and should get vaccinated. Women with newborns also need their flu shot to help protect their infants, who can't be vaccinated until they are at least 6 months old. Also considered high risk for flu and prime candidates for a vaccine are seniors and people with chronic health problems, such as lung and heart disease, according to the CDC.

It's still not too late to get a flu shot, Brammer said. "Even when we peak, it's only halfway through the season. So for people who haven't been vaccinated, there is still benefit to getting vaccinated."

To learn more about the flu, visit the U.S. Centers for Disease Control and Prevention.