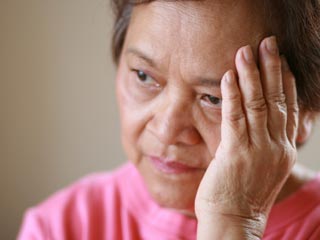 (HealthDay News) -- Nearly all older U.S. adults have an age-related decline in at least one of their senses, a new study finds.

Researchers checked more than 3,000 people between the ages of 57 and 85. The investigators found that 94 percent had a problem with at least one of their five senses: taste, smell, hearing, sight or touch.

"We know that sensory impairment is common and is often a harbinger of serious health problems, such as cognitive [mental] decline or falls, as well as more subtle ones like burns, caused by loss of touch sensitivity, food poisoning that goes undetected because of loss of smell and taste, and smoke inhalation, from loss of smell," said study author Dr. Jayant Pinto.

"Our findings here give us a better appreciation of the prevalence of multi-sensory loss, a first step toward learning more about what causes the senses to decline," Pinto, an associate professor of surgery at the University of Chicago, said in a university news release.

The most common problem was a decrease in the sense of taste. Nearly three-quarters of those in the study had a decline in taste. For about one-quarter of the study volunteers, their sense of taste was rated only fair, and for almost half, it was poor.

About 64 percent of the study group had a major decline in at least one sense, and 22 percent had major declines in two or more senses, according to the study.

Decreases in numerous senses were strongly associated with age, gender and race, the study authors reported in the February issue of the Journal of the American Geriatrics Society.

As expected, the oldest people had the most sensory deficits. Men tended to have worse hearing, smell and taste problems, but better vision than women. Blacks scored lower than other races on all senses, except hearing. Hispanics had worse vision, touch and smell, but their sense of taste was better, the study findings indicated.

Possible causes of age-related declines in the senses include nerve degeneration, environmental factors or genetic susceptibility, the researchers suggested.

"We need to understand the biology behind the links between age and sensory loss, and design better ways to prevent its decline," Pinto said. "People caring for older adults -- including family members, caregivers and physicians -- should pay close attention to impairments in vision, hearing, and smell."