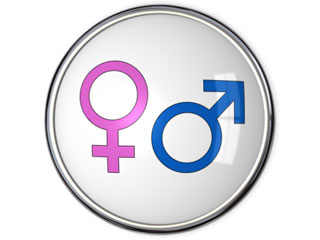 FRIDAY, Feb. 12, 2016 (HealthDay News) -- There's yet another sexually transmitted infection that doctors and patients need to watch out for -- Mycoplasma genitalium.

New research from England adds to evidence that the bacteria Mycoplasma genitalium, or MG, is transmitted through sexual contact. Until now, researchers weren't sure how the often-symptomless infection, identified in the early 1980s, was spread.

But the current study of more than 4,500 British residents found MG prevalent in 1 percent of participants and linked to risky sexual behaviors, such as multiple sex partners and unsafe sexual practices in the prior year.

This finding suggests MG warrants more attention than it has received to date, said epidemiology professor Betsy Foxman, who specializes in infectious diseases at the University of Michigan.

"My impression is that MG is not on the radar of most general practitioners, [but] with a prevalence of 1 percent, this is an infection that physicians should learn more about," said Foxman, who wasn't involved in the new research.

The bacteria infects the mucus membranes of the urethra, cervix, throat or anus. Untreated, MG infection among men can lead to inflammation of the urethra (urethritis), the tube that carries urine and semen through the penis. In women it appears to raise the risk for infertility, preterm delivery or ectopic pregnancy (a potentially fatal pregnancy that occurs outside of the uterus), according to the U.S. Centers for Disease Control and Prevention.

For the new study, researchers at University College London in England analyzed urine samples from thousands of "sexually experienced" British residents between 2010 and 2012. Participants were 16 to 44 years old.

The samples revealed similar rates of infection in males and females -- 1.2 percent and 1.3 percent, respectively.

No infections were seen among boys between 16 and 19. By contrast, 2.4 percent of girls 16 to 19 were infected, the highest of any female age group.

The infection rate among women steadily decreased after 19, while the highest rate of infection among men was from 25 to 34, an age group that might not be targeted in efforts to reduce STDs among young people, the study authors noted.

Few study participants had symptoms, however.

Some women, however, reported bleeding after sex.

The researchers also analyzed results of an accompanying survey and concluded that, despite few classic STD symptoms, the risk for MG infection was "strongly associated" with sexual activity.

The study "strengthens evidence" that MG should be classified as a sexually transmitted disease, the authors wrote in a recent issue of the International Journal of Epidemiology.

Many American clinics already test for MG, said Philip Tierno, a professor of microbiology and pathology with the NYU School of Medicine in New York City.

"It used to be an organism that we couldn't easily diagnose," he said. "It would take days or weeks to grow, if at all, in a laboratory. But now it's much easier."

Currently, it's included in the standard STD molecular analysis done when a doctor suspects a possible sexually transmitted disease, Tierno said. That means it's tested alongside chlamydia, gonorrhea, syphilis, herpes simplex 1 and 2, and several other infections.

But the new study results suggest that only testing people with symptoms would miss the majority of infections, the authors said.

So what about prevention? Foxman and Tierno agreed that, as with any STD, the more sexually active you are, the greater the risk.

Tierno cautioned that condom effectiveness "is limited" -- given that even handling condoms after sex can expose users to MG. But, Foxman said "using condoms and other safe sex practices are good ways to minimize risk."

For those diagnosed with MG, the antibiotic azithromycin is the treatment of choice, according to the U.S. Centers for Disease Control and Prevention. In some cases, however, antibiotic resistance has forced clinicians to try alternatives, including the experimental antibiotic moxifloxacin.

There's more on Mycoplasma genitalium at the U.S. Centers for Disease Control and Prevention.