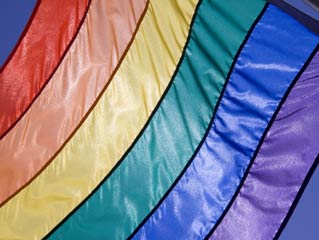 "If these incidents, which might include physical and sexual assaults, weren't happening in schools, people would be calling the police," he said in a university news release.

"You can't equate someone giving you a dirty look with someone physically assaulting you. Victimizations that are more severe are going to have bigger effects. We scored them in a way that represented that, and we saw they had a profound effect on mental health rates over time," Mustanski explained.

LGBT youth at greatest risk for lasting mental health problems -- such as depression and post-traumatic stress disorder -- were those who suffered moderate harassment (such as having things thrown at them) that increased over time and those who had continuously high levels of harassment (such as physical or sexual assault) during the study.

"We were happy to see that for most kids, the levels of victimization were lower overall or decreasing over time. But we were struck by how severe it was for some of these kids who were getting highly victimized over their four years of high school," Mustanski said in the news release.

"If that's your experience for several years of high school, you can imagine how scarring that would be," he added.

The findings were published recently in the American Journal of Public Health.

The U.S. Centers for Disease Control and Prevention has more on LGBT health.