Why Americans have shorter lifespans than people in similar nati

Why Americans have shorter lifespans than people in similar nations 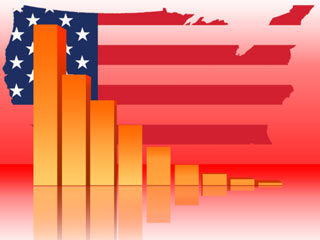 (HealthDay News) -- Car crashes, shootings and drug overdoses, which cause more than 100,000 deaths a year in the United States, may explain why Americans' life expectancy is lower than in similar countries, a new study suggests.

Americans' life expectancy is about two years shorter than residents of Austria, Denmark, Finland, Germany, Italy, Japan, the Netherlands, Norway, Portugal, Spain, Sweden and the United Kingdom. For U.S. men, that difference translates into 76.4 years versus 78.6 years, while it means 81.2 years versus 83.4 years for women, the researchers reported.

"About 50 percent of the gap for men and about 20 percent for women is due just to those three causes of injury," said lead researcher Andrew Fenelon. He is a senior service fellow at the U.S. Centers for Disease Control and Prevention's National Center for Health Statistics.

Although shootings, car crashes and drug overdoses account for only about 4 percent of U.S. deaths overall, they are a large part of why American life expectancy is lower than in similar countries, especially among younger people, he said.

"When young people die, they lose many more years of life than older people, so the things that kill younger people may be more important for life expectancy," Fenelon said.

Among women, these causes accounted for 19 percent of the gap, with 4 percent from shootings, 9 percent from drug poisonings, and 6 percent from car crashes, according to the report.

All three causes accounted for 6 percent of deaths among men and 3 percent among women. The U.S. death rate from injuries was greater than in any of the comparison countries, the researchers added.

"If we reduced deaths from these causes, we would gain back about a year of life expectancy," Fenelon said. "I don't know how to do it."

The report was published Feb. 9 in the Journal of the American Medical Association.

For the study, the researchers used data from the U.S. National Vital Statistics System and the World Health Organization Mortality Database, and calculated death rates by age, gender and cause for the United States and the 12 comparison countries.

Dr. David Katz, president of the American College of Lifestyle Medicine, said, "We have long had clear evidence that life expectancy in the U.S. lags behind many of our peer countries around the world, and here we are told why.

"There are ongoing efforts, in both law enforcement and engineering, to reduce the toll of car crashes. The nation is slowly, but inexorably, directing more attention to the crisis of drug abuse. Whether or not the cold, hard calculus of epidemiology is enough to provoke meaningful action related to guns remains to be seen," said Katz, who's also director of the Yale University Prevention Research Center in New Haven, Conn.

"This epidemiologist, and humanist, certainly hopes so," he added.

Visit the U.S. Centers for Disease Control and Prevention for more on life expectancy.