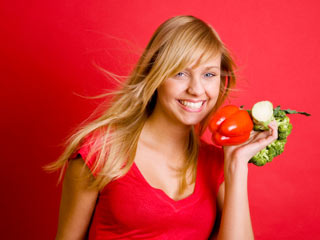 TUESDAY, Feb. 9, 2016 (HealthDay News) -- The severity of metabolic syndrome -- a cluster of health risk factors such as belly fat and poor cholesterol levels -- among U.S. teens has been improving, and researchers believe that healthier diets may be the reason why.

Metabolic syndrome increases the risk of heart disease, stroke and type 2 diabetes. The study found marked changes in two of the risk factors: a drop in blood fats known as triglycerides, and an increase in HDL ("good") cholesterol.

But not all the news from the study was good. Teen obesity levels rose during the 13-year study period. The investigators also found no changes in average physical activity levels.

"While we don't know for sure why these improvements occurred, we saw that over time, children have eaten healthier diets, eating fewer calories overall, less carbohydrates and more food with unsaturated fat," said study author Dr. Mark DeBoer.

"This supports the important idea that changes to your lifestyle choices are the key to improving cardiovascular risk status," he added. DeBoer is an associate professor of pediatrics in the division of pediatric endocrinology at University of Virginia.

The study was published online Feb. 9 and in the March print edition of the journal Pediatrics.

Study data came from the U.S. National Health and Nutrition Examination Survey completed between 1999 and 2012. The researchers had information on over 5,000 teens. All were between 12 and 19 years old, the study authors said.

The rate of metabolic syndrome among the teens held steady during the study period. But the severity of the syndrome decreased, the researchers found.

Along with improvements in triglyceride levels and HDL cholesterol, the teens' overall calorie and carbohydrate intake declined. The study also found that the teens were eating more unsaturated fats. These are considered a healthy type of fat.

The results occurred over a time period when dietitians recommended lowering carbohydrate consumption and recognized the health benefits of eating plans such as the Mediterranean diet. This type of diet emphasizes eating plant-based foods and unsaturated fats from sources such as olive oil and nuts, DeBoer said.

"Our hope is that if these dietary trends continue, that there will eventually be a reversal of obesity as well," he said.

"It seems like maybe we're at a turning point," said Penny Kris-Etherton, a registered dietitian and professor of nutrition at Penn State University. "It might take a while to see statistically significant decreases in metabolic syndrome in adolescents, but it seems we're seeing some of the benefits now that will hopefully continue to have an impact."

She added that she hopes these changes in diet might eventually lead to lower rates of metabolic syndrome, not just lessened severity.

But, Kris-Etherton said improving rates of metabolic syndrome and obesity needs to include more than individuals making wise food choices and incorporating physical activity into their daily lives.

The U.S. National Heart, Lung, and Blood Institute has more about metabolic syndrome.