Sitting for hours may raise your type 2 diabetes risk

Sitting for hours may raise your type 2 diabetes risk 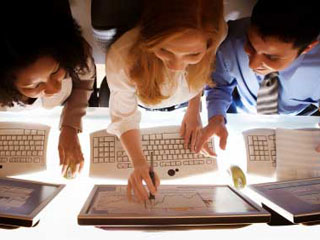 TUESDAY, Feb. 2, 2016 (HealthDay News) -- Sitting for long stretches might boost your risk for type 2 diabetes, even if you exercise, researchers report.

Each extra hour in a sedentary position -- whether working on the computer or lounging in the recliner -- seems to increase your odds of type 2 diabetes by 22 percent, the study authors said.

"We found that people with diabetes spend more time sitting than people without diabetes -- about 26 minutes more" a day, said lead researcher Julianne van der Berg, from Maastricht University in the Netherlands.

However, she cautioned that the link between sitting and diabetes is only an association, and doesn't prove that sitting causes type 2 diabetes. "We cannot have any conclusions about cause and effect," she said.

These findings are independent of any high-intensity exercise, such as running or swimming, van der Berg added.

"We all know that physical activity is important, but now we see that sitting is a bad thing," van der Berg said. "The more you sit, the higher the risk [for type 2 diabetes], regardless of how much you exercise."

Why sedentary behavior may play a role in the development of type 2 diabetes isn't yet known, she said.

But given the high prevalence of type 2 diabetes worldwide and the large amounts of time people spend being sedentary, studies like this are important, van der Berg and colleagues added.

The report was published online Feb. 2 in the journal Diabetologia.

Diabetes means your blood sugar levels are higher than normal. Untreated, the disease can lead to heart and kidney disease, blindness and limb amputations.

Dr. Joel Zonszein, director of the Clinical Diabetes Center at Montefiore Medical Center in New York City, said many factors increase someone's risk for type 2 diabetes, including a genetic predisposition for the disease.

Inactivity and diet are known factors for raising the risk, he said. "It is not only the time we spend in front of the TV or computer, it is also the type of food and or snack we consume when sitting in front of the screens that increases the risk," he said.

For the new report, researchers collected data on nearly 2,500 adults, average age 60, who were part of a population-based study in the Netherlands.

To clock time spent in a sedentary position, participants wore an accelerometer for eight days. During that time, van der Berg's team calculated daily sedentary time, the number of sedentary breaks, prolonged sedentary periods -- 30 minutes or more -- and the average length of these sedentary periods. Participants also had their blood sugar checked.

The investigators found that 56 percent of the participants had normal blood sugar; 15 percent had elevated blood sugar, and 29 percent had type 2 diabetes.

People with type 2 diabetes had the most sedentary time -- up to 26 more minutes daily -- compared to those with elevated or normal blood sugar, the researchers said.

However, no connection between the number of breaks from being sedentary, the number of prolonged breaks or the length of breaks and diabetes was found, according to the report.

"This study shows that in order to avoid or delay diabetes -- independent of high-intensity physical activity -- people at risk should be aware of and avoid, or reduce, the amount of sedentary time," Zonszein said.

For more on type 2 diabetes, visit the American Diabetes Association.