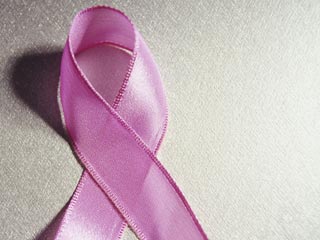 MONDAY, Feb. 1, 2016 (HealthDay News) -- Teenage girls who get plenty of fiber in their diets may have a lower risk of breast cancer later in life, a new, large study suggests.

The study, published online Feb. 1 in the journal Pediatrics, does not prove that fiber, itself, helps prevent breast cancer.

But researchers said it offers some of the first strong evidence that fiber consumption is linked to breast cancer risk, and it hints that the teen years could be particularly important.

Most past studies have failed to uncover a correlation between fiber and breast cancer risk. But in just the past year, a few have suggested there may be some connection after all, according to Dr. Kathleen Harnden, co-author of an editorial published with the study.

"These new findings add to evidence that fiber may be protective for some women, and that fiber intake at a certain time in life may be important," said Harnden, a hematology-oncology fellow at Duke University Medical Center in Durham, N.C.

According to Harnden, it "makes sense biologically" that fiber intake during the teen years might matter. "That's the time in life when the breasts are developing," she said. "It's also when body composition is developing."

Body composition is important, she noted, because obesity has been linked to an increased risk of breast cancer after menopause.

The new findings are based on more than 44,000 U.S. female nurses who were mostly in their 30s and 40s at the outset of the study. The women were surveyed about their diets -- going back to high school -- and other lifestyle habits. Over the next 20 years, slightly more than 1,000 women developed breast cancer.

Overall, the study found, women who had eaten more fiber as young adults had a lower breast cancer risk. Those who'd been in the top 20 percent for fiber intake as young adults were 19 percent less likely to develop the disease than women in the bottom 20 percent.

Those women did not consume huge amounts of fiber, either. On average, they were close to the recommended amount of fiber for women -- 25 grams a day.

It's difficult to conclude that fiber, itself, lowered women's risk, Harnden said. The researchers accounted for a number of other factors -- including overall diet, body weight and smoking -- but it's still hard to attribute a benefit to one component of a person's lifestyle, Harnden said.

Lead researcher Maryam Farvid, a visiting scientist at the Harvard School of Public Health, agreed. That's in part because high-fiber foods contain many other nutrients, she said.

Still, Farvid added, there are many reasons to fill your diet with fiber-rich foods. Past studies have shown that fiber may help lower the risks of heart disease, diabetes and certain cancers, she said.

Harnden made the same point. "There are so many health benefits to a high-fiber diet, it's a good change to make," she said. "Everyone can benefit."

And the latest findings, Harnden added, underscore the importance of fiber in children's diets. "Your tastes for different foods, and your ideas of what a good diet is, start early in life," she said.

She suggested giving your kids a wide variety of "colorful" whole foods, including plenty of fruits and vegetables.

The same advice goes for adults. "Eat real food, not too much of it, and make it largely plant-based," Harnden said.

The American Heart Association has more on dietary fiber.