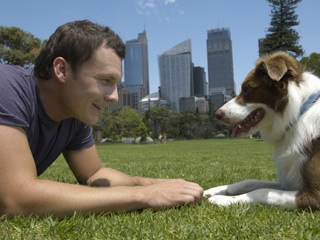 (HealthDay News) -- While dogs read facial expressions in much the same way as people do, they consider the source of a threatening expression before deciding how to respond, a new study suggests.

The dogs paid close attention to threatening faces, likely because being able to detect and avoid threats helped dogs survive as they evolved. However, they had different responses to threatening expressions, depending on whether those expressions came from other dogs or humans, the study researchers said.

Dogs tended to look longer at threatening dog faces, but looked away from threatening human faces, according to the researchers at the University of Helsinki in Finland.

"The tolerant behavior strategy of dogs toward humans may partially explain the results. Domestication may have equipped dogs with a sensitivity to detect the threat signals of humans and respond to them with pronounced appeasement signals," researcher Sanni Somppi said in a university news release.

In the study, the researchers used eye gaze tracking to determine how 31 dogs from 13 breeds viewed the facial expressions of other dogs and of people.

The dogs first looked at the eyes and typically lingered there longer than at the nose or mouth. Dog- or human-specific characteristics of certain facial expressions attracted their attention -- such as the mouths of threatening dogs -- but the dogs appeared to use the whole face to assess facial expressions.

The study, published online recently in the journal PLoS One, is the first evidence of emotion-related gaze patterns in a non-primate animal, the study authors said.

The Humane Society has more about dogs and their behavior.