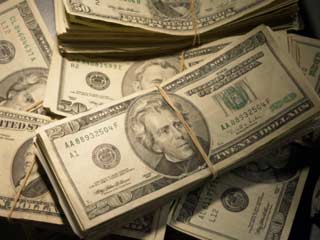 (HealthDay News) -- The type of debt parents accrue might affect their child's behavior -- for better or worse, new research suggests.

Mortgages fall in the plus column, meaning they're positively linked to a child's emotional well-being. But, unpaid credit card bills appear to occupy the negative side, associated with more behavioral problems in kids, researchers determined.

Study co-author Jason Houle said the findings suggest that borrowing money can be a "double-edged sword" for parents and children alike, having "both positive and negative consequences depending on what it's being used for."

Houle, an assistant professor of sociology at Dartmouth College in Hanover, N.H., said it stands to reason that debt taken on to better your life -- say, a college loan or a mortgage to buy a home in a safer neighborhood -- might lead to better outcomes in children. On the other hand, he said, mounting debt linked to high-interest credit cards and short-term investments might indicate economic distress and thus be more harmful.

Houle and co-author Lawrence Berger, a professor at the School of Social Work at the University of Wisconsin-Madison, analyzed data from two U.S. studies, which together tracked more than 9,000 mothers and their children ages 5 to 14 between 1986 and 2008.

Debt information was then compared to reports from mothers on their children's behavior either every year or every other year.

Overall, children whose parents held some debt displayed greater social and emotional well-being than those whose parents had no debt whatsoever. Having debt was more common among parents who were white, American-born, better educated, or married, probably because they had greater ability to borrow in the first place, the researchers noted.

But digging deeper, the co-authors saw that the largest driver behind that behavior association was unsecured debt, such as unpaid credit card bills.

By contrast, children of parents with mortgages and/or educational debt appeared to face a diminished risk for childhood behavior problems, although the study authors said more research is needed to confirm the finding.

The reason? Houle and Berger said unsecured debt may foster parental stress and/or anxiety. That, in turn, might negatively affect (or reflect) parental behavior, which ultimately worsens prospects for childhood development and well-being.

However, parents with piles of bills shouldn't fear their kids are doomed to act out. For one thing, the study findings don't prove a direct cause-and-effect relationship between debt and childhood misbehavior.

Houle suggested that the problem is likely a broad societal issue, rather than the function of individual parental irresponsibility.

"As a sociologist I'm not ready to leave this entirely at the feet of the borrowers," he said.

For many, debt "is the only choice they have" in the face of stagnating wages and abundant credit, he said.

The study findings were published online Jan. 21 in the journal Pediatrics.

Nadine Kaslow, a professor in the department of psychiatry and behavioral sciences at Emory University School of Medicine in Atlanta, described the study as "really important, if not surprising."

"It makes sense that the type of debt you have makes a difference," said Kaslow, former president of the American Psychological Association. "And financial stress related to relatively risky spending moves, like credit card debt, is likely to be higher than stress related to more normative spending, like buying a house."

Kaslow said the stress of credit card debt, perhaps along with the generally riskier lifestyle of parents who take on that type of debt, can trickle down to the children.

There's more on childhood and teenage stress at the American Psychological Association.