Why learning a second language is easier for some

Why learning a second language is easier for some 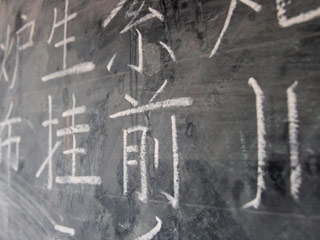 (HealthDay News) -- New research helps explain why learning a second language is easier for some adults than others.

Language learning success or failure has to do with differences in the strength of connections between certain areas of the brain, according to the study published Jan. 20 in the Journal of Neuroscience.

Even when you're resting and not doing any specific tasks, the different regions of your brain are communicating with each other, the Canadian researchers explained.

The strength of these connections varies between people, and previous research has linked these differences to variations in language ability.

In this study, researchers at McGill University in Montreal scanned the brains of 15 adult English speakers before they began an intensive 12-week French course. The participants' language abilities were tested in speaking and reading tests before and after the course.

Those with greater improvement in speaking French by the end of the course had stronger connections between the left anterior insula/frontal operculum -- which plays a role in verbal fluency -- and the left superior temporal gyrus, an important part of the language network, the researchers found.

Participants with greater improvement in reading speed had stronger connections between the visual word form area and a different region of the left superior temporal gyrus language area, the study authors said.

"These findings have implications for predicting language learning success and failure," study co-leader Xiaoqian Chai said in a news release from the Society for Neuroscience.

According to Arturo Hernandez, a neuroscientist at the University of Houston, "The most interesting part of this finding is that the connectivity between the different areas was observed before learning," he said in the news release.

"This shows that some individuals may have a particular neuronal activity pattern that may lend itself to better learning of a second language," added Hernandez, who studies second-language learning and was not involved in the new study.

But Chai said that the findings don't mean that brain wiring is the only factor that affects a person's ability to learn a second language, because the brain can be shaped by learning and experience.

The study is "a first step to understanding individual differences in second language learning," and "might help us to develop better methods for helping people to learn better," Chai concluded.