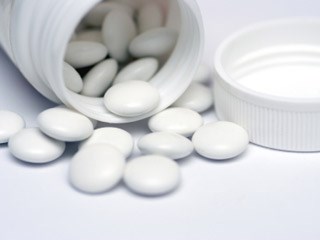 Just last month, health officials in Great Britain cautioned that nation's physicians and pharmacies about the dangers posed by drug-resistant strains of the sexually transmitted infection.

That concern is now being echoed by Dr. Robert Kirkcaldy, a U.S. Centers for Disease Control and Prevention epidemiologist in the division of STD prevention.

"Resistant gonorrhea and the prospect of untreatable gonorrhea are real threats," he said, with resistant strains now detected in many parts of the world.

"The threat of untreatable gonorrhea underscores the importance of identifying new treatment options, ensuring adherence to screening and treatment guidelines -- including treatment of (infected) partners -- and increasing awareness among individuals on how they can best protect themselves from infection," Kirkcaldy added.

Symptoms of the infection are often absent. Undiagnosed and untreated gonorrhea may lead to pelvic inflammatory disease, infertility, ectopic pregnancy (a pregnancy that occurs outside of the uterus) and/or chronic pelvic pain, the CDC reports.

To prevent such complications, the U.S. Preventive Services Task Force vice chair Dr. Kirsten Bibbins-Domingo said that at-risk older women and all sexually active women aged 24 and younger should be routinely screened for the infection.

The task force didn't issue specific guidance for men. But the CDC said that anyone who's sexually active is at risk of gonorrhea. The CDC recommends that all men who have sex with other men get tested yearly for the infection.

Since 2012, the CDC has advised doctors and other health professionals to use a combination therapy to treat the infection. The combination includes the injectable antibiotic ceftriaxone along with the antibiotic pill azithromycin. By 2014, more than 97 percent of U.S. cases were treated this way, up from 9 percent in 2006, the CDC said.

The bad news? The CDC estimates that at least 2 million Americans contract infections -- including gonorrhea -- that are resistant to at least one antibiotic.

Still, "no patients have had confirmed failures of (gonorrhea) treatment with the currently recommended combination of ceftriaxone and azithromycin in the United States," Kirkcaldy stressed.

"However, a small but growing number of gonorrhea infections that were unsuccessfully treated with cefixime, ceftriaxone, or azithromycin by themselves have been observed in other countries," he said.

"And at least one azithromycin treatment failure has occurred in the U.S.," Kirkcaldy added. This means that "it is only a matter of time before gonorrhea becomes resistant to the only remaining treatments currently available," he said.

The alarm in the United Kingdom followed antibiotic-resistant cases that popped up earlier in 2015 in the British city of Leeds. That government's letter urged medical professionals to adhere to the recommended two-drug combination treatment, given that antibiotic misuse could open the door to resistance.

In the United States, antibiotic overuse or misuse "is probably not the largest contributor to the problem," Kirkcaldy said. Instead, he suggested, the threat more likely stems from resistant strains being imported from abroad.

Regardless, the fear of a "post-antibiotic era" remains.

"Losing effective treatment will cripple our ability to fight and prevent gonorrhea, and will also leave patients at greater risk of serious health complications from untreated gonorrhea," Kirkcaldy warned.

The solution: fast reporting of all treatment failures to public health authorities, coupled with prevention.

"It has never been more important for men and women to protect themselves from gonorrhea," he said, with particular concern for men who have sex with other men. Condoms are key for prevention, he added.

"If someone is diagnosed with gonorrhea, she or he needs to be treated right away with two antibiotics," said Kirkcaldy. "And she or he needs to tell all of her or his recent sexual partners to make sure they are checked by a health care provider and treated."

There's more on gonorrhea at the U.S. Centers for Disease Control and Prevention.