Teen weapon use varies by race and gender

Teen weapon use varies by race and gender 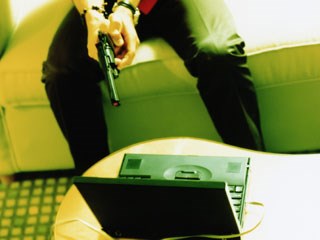 (HealthDay News) -- The likelihood of an American teen using or carrying weapons varies according to race and gender, new research contends.

Using data from a national survey conducted during the mid-1990s, when violent crime rates were falling in the United States, researchers found that 13 percent of black students, 10 percent of Hispanic students and 7 percent of white students had been involved with weapons.

The data on students in grades 7 through 12 who were interviewed twice, about a year apart, showed that 17 percent of those who carried weapons had shot or stabbed someone in the previous 12 months.

Along with physical injuries, weapon-related violence can result in long-term mental health problems for teens. In 2011, nearly 13 percent of U.S. high school students were victims of weapon use, according to the study published in the January issue of The Journal of Pediatrics.

The researchers from the Los Angeles Biomedical Research Institute, the University of Texas Southwestern Medical Center at Dallas and Johns Hopkins Children's Center also found that those who initially reported weapon involvement were four to six times more likely to be involved with weapons a year later.

In addition, boys were two to four times more likely than girls to be involved with weapons, the findings showed.

"We used the data to identify risk and protective factors for involvement with weapons in the past year, which we defined as carrying a weapon, pulling a gun or knife on someone, or shooting or stabbing someone," Rashmi Shetgiri of the Los Angeles Biomedical Research Institute, said in a journal news release.

Despite the differences between racial/ethnic groups, the risk of weapon involvement might be decreased among all teens by reducing their emotional distress, exposure to violence, and alcohol and drug use, according to the researchers.

"It is important to also promote educational aspirations, minimize the influence of delinquent peer groups, and focus on family connectedness to appropriately tailor programs for different racial/ethnic groups," Shetgiri said.

The U.S. Centers for Disease Control and Prevention has more about youth violence.