Rise in kidney stones in teens a cause for concern

Rise in kidney stones in teens a cause for concern 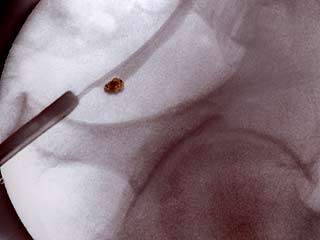 FRIDAY, Jan. 15, 2016 (HealthDay News) -- A growing number of teens, women and blacks are being diagnosed with kidney stones, and the trend is cause for alarm, researchers report.

Historically, middle-aged white men have been most likely to develop the painful condition, which involves small, hard mineral deposits that form in the kidneys, often when urine becomes concentrated.

The researchers analyzed data from South Carolina from 1997 to 2012, and found that the annual incidence of kidney stones among children and adults rose 16 percent during that time. The largest increases were among teens (4.7 percent a year), females (3 percent a year), and blacks (nearly 3 percent a year).

During the study period, the risk of kidney stones doubled among children, and there was a 45 percent increase in the lifetime risk for women.

Kidney stone incidence rose 15 percent more in blacks than in whites during each five-year period of the study, according to the findings, published online Jan. 14 in the Clinical Journal of the American Society of Nephrology.

"The emergence of kidney stones in children is particularly worrisome, because there is limited evidence on how to best treat children for this condition," said study leader Dr. Gregory Tasian, a pediatric urologist and epidemiologist at The Children's Hospital of Philadelphia.

"These trends of increased frequency of kidney stones among adolescents, particularly females, are also concerning when you consider that kidney stones are associated with a higher risk of chronic kidney disease, cardiovascular and bone disease, particularly among young women," Tasian added.

There may be a number of reasons for the rise in kidney stone rates, including not drinking enough water and poor eating habits, such as increased salt and decreased calcium intake, the researcher said.

The National Kidney Foundation has more about kidney stones.