Alcohol ads should be a no-see on TV for kids

Alcohol ads should be a no-see on TV for kids 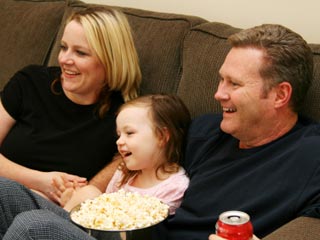 (HealthDay News) -- Children and teens would see far fewer alcohol ads on TV if the alcohol industry tightened -- and followed -- its own advertising guidelines, a new study suggests.

The industry is self-regulated in terms of advertising, and in 2003 introduced guidelines that limit ads to media whose audience is almost three-quarters adult, age 21 and older.

But the new study found, between 2005 and 2012, about one in eight alcohol ads on TV shows seen by children and teens did not comply with those industry guidelines.

While some alcohol companies have been using the guidelines -- known as no-buy lists -- to guide their advertising, others have not, according to the study, published in the January issue of the Journal of Studies on Alcohol and Drugs. These lists put certain TV shows off-limits due to their mostly underage audiences.

"Since 2005, kids have been exposed more than 15 billion times to alcohol advertisements that do not meet industry guidelines," said lead researcher Craig Ross, a research assistant professor at Boston University School of Public Health. He's also a consultant to the Center on Alcohol Marketing and Youth at Johns Hopkins School of Public Health.

"Regardless of how no-buy lists have been implemented in the past, there is clearly room for improvement," he said in a journal news release.

The researchers assessed the potential impact of a set of new no-buy list guidelines they had designed. They included not placing ads on programs that haven't met the industry's own guidelines in the past year and during times when there is a higher proportion of younger viewers.

The guidelines also suggested that alcohol makers be more selective about advertising on low-rated cable shows.

If the new criteria had been in place, it would have prevented nearly all noncompliant TV ads seen by children and teens, according to the researchers.

"There's a growing body of research on the effects of alcohol advertising on underage drinking," he said. "Ads can help create positive attitudes toward drinking, promoting drinking initiation and excessive drinking."

The U.S. Centers for Disease Control and Prevention has more about underage drinking.