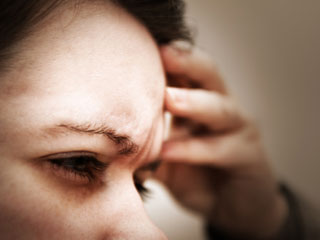 (HealthDay News) -- Immediate treatment of stroke is crucial, but a new survey finds that three-quarters of young American adults would delay going to the hospital if they had stroke symptoms.

"Timely treatment for stroke is probably more important than for almost any other medical problem there is," Dr. David Liebeskind, professor of neurology at Ronald Reagan UCLA Medical Center in Los Angeles, said in a university news release.

"There is a very limited window in which to start treatment because the brain is very sensitive to a lack of blood flow or to bleeding, and the longer patients wait, the more devastating the consequences," added Liebeskind. He is also director of outpatient stroke and neurovascular programs and director of the neurovascular imaging research core at the medical center.

Treatment with clot-busting drugs must begin within three hours to have optimal effect.

For the survey, the researchers asked more than 1,000 people nationwide what they would do within three hours of having common symptoms of stroke, such as weakness, numbness, and difficulty speaking or seeing.

Among those younger than 45, only about one-third said they would be very likely to go to the hospital, the survey found. And 73 percent said they would likely wait to see if their symptoms improved.

The new findings show "a real problem," Liebeskind said. "We need to educate younger people about the symptoms of stroke and convince them of the urgency of the situation, because the numbers are going up."

Since the mid-1990s, strokes among people younger than 45 have risen as much as 53 percent, the study authors pointed out.

Everyone should know the signs of stroke and seek immediate medical help if they or someone else experiences them, the authors stressed.

"Believe it or not, it's on the order of minutes or hours when somebody has to seek medical attention," Liebeskind said. "There simply is no time to wait. It's a message that we clearly need to get to younger people more effectively."

The study authors added that to recognize the signs of stroke and know what to do, people should memorize the acronym "FAST," which stands for: Face drooping; Arm weakness; Speech difficulty; Time to call 911.

The National Stroke Association has more on how to recognize the signs of stroke.