Half of U.S. teens exposed to secondhand smoke

Half of U.S. teens exposed to secondhand smoke 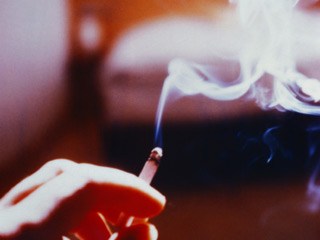 "The findings weren't really a surprise as much as a call for public health action," said study author Brian King, deputy director for research translation in the U.S. Centers for Disease Control and Prevention's Office on Smoking and Health.

"The continuing research [on secondhand smoke] really helps us put a finger on who's exposed and in what location," he said.

The study was published online Jan. 11 in advance of the February print issue of the journal Pediatrics.

While 26 U.S. states and the District of Columbia have implemented comprehensive smoke-free laws prohibiting smoking in all indoor public places and work sites -- including restaurants and bars -- several states have no statewide laws addressing secondhand smoke in public areas, and others have less stringent restrictions.

Analyzing questionnaire responses from students in grades 6 through 12 in 2013, King and his colleagues found that 16 percent were exposed to secondhand smoke at home and 15 percent in a vehicle. Additionally, 17 percent reported secondhand smoke exposure at school, 27 percent at work and 35 percent in indoor and outdoor public areas.

"We did assess the extent of exposure based on whether youth were [protected] by smoke-free policies, and it's no surprise that those covered by policies had lower exposure," King said.

Regarding home and car exposure, "I think it really comes down to individual families to take that action," he added.

Edelman added that smoking rates -- hovering at about 18 percent nationally -- need to be lowered further. He agreed with King that greater implementation of smoke-free laws, along with personal policies in private homes and cars, would better protect children.

"We do a lot of things to watch out for our fellow humans, or at least we try," Edelman said.

The American Cancer Society offers more about the health risks of secondhand smoke.