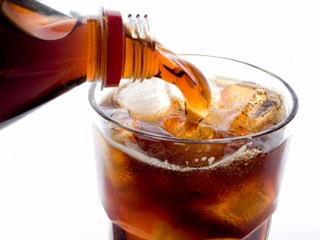 (HealthDay News) -- A tax on sugary drinks in Mexico may have led to a significant decrease in sales of the beverages, a new study says.

And that might have implications for the fight against obesity.

The 10 percent sales tax was introduced Jan. 1, 2014. One year later, sales of sugary drinks were down 12 percent while sales of untaxed beverages -- mainly bottled water -- were up 4 percent, according to the study published Jan. 6 in the journal BMJ.

The short-term impact of taxing sugary drinks appears to be "moderate but important," said study author Shu Wen Ng, a research associate professor in the department of nutrition at the University of North Carolina at Chapel Hill, and colleagues. Further monitoring is required "to understand purchases longer term, potential substitutions, and health implications," they said in a journal news release.

Their analysis of data from more than 6,200 Mexican households in 53 large cities showed that, in 2014, the average person bought 4.2 fewer liters of sugary drinks than they would have before the tax.

The reduction in sales of sugary drinks was highest among poor households, falling 17 percent by the end of 2014, according to the study.

But because this was an observational study, the researchers said no definitive conclusions can be drawn about cause and effect.

Mexico has high levels of diabetes, overweight and obesity, and curbing sugar consumption has been an important target for health advocates, the study authors noted.

While taxes on sugary drinks and other unhealthy products might help in the fight against obesity, they are not a "magic bullet," said Franco Sassi, senior health economist at the Paris-based Organization for Economic Co-Operation and Development.

Such taxes need to be used in conjunction with other policies, such as government regulation, public education about nutrition, and incentives for research and development in food production, Sassi wrote in an accompanying journal editorial.

In a statement released Thursday, the American Heart Association said: "Scientific research shows that overconsumption of added sugars contribute to heart disease and other chronic diseases such as obesity and diabetes. Mexico has paved the way for other nations to decrease sugary drink intake and has shown sugar-sweetened beverage taxes are an effective strategy to make healthy choices easier.

"Reducing consumption as part of a heart-healthy lifestyle will help improve rates of obesity, diabetes, dental caries, and heart disease," the statement said.

The U.S. National Heart, Lung, and Blood Institute has more about overweight/obesity prevention.