Paid sick leave can be crucial when cancer strikes

Paid sick leave can be crucial when cancer strikes 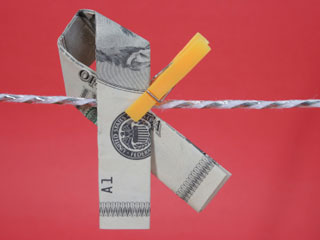 "Paid sick leave allows patients to take the time they need for cancer treatment but still keep getting a paycheck," study author Dr. Christine Veenstra, a clinical lecturer in internal medicine at the University of Michigan Medical School, said in a university news release.

Veenstra and colleagues surveyed more than 1,300 colon cancer patients and found that those without paid sick leave were more likely to have financial problems. Many said they had to borrow money, had trouble paying credit card bills, and had less money for food, clothing or recreation.

Only 55 percent of those employed at the time of their diagnosis still had their jobs when they finished treatment, but those with paid sick leave were nearly twice as likely to keep their jobs, the study found.

"Financial burden happens in a lot of different ways," Veenstra said in the news release.

"There are costs we can measure, like how much patients pay for prescriptions or doctor visits," she said. "Then there are unmeasured costs of cancer care: Did the patient take unpaid time off from work and lose paychecks? Or worse, were they unable to return to work after cancer treatment?"

About 40 percent of Americans do not have paid sick leave, which is not mandated by the U.S. government, the study authors pointed out.

"Paid sick leave can really support working Americans who have cancer or other issues as they go through their treatment," Veenstra said.

The American Cancer Society has more about cancer and financial issues.