U.S. births up, teen and preterm deliveries down

U.S. births up, teen and preterm deliveries down 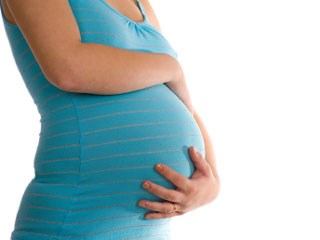 Also lower in 2014 were the number of unmarried women giving birth, the number of cesarean deliveries and the preterm birth rate, federal health officials reported Wednesday.

"All of these are positive outcomes as far as infant health is concerned," said report coauthor Michelle Osterman, a health statistician at the U.S. Centers for Disease Control and Prevention's National Center for Health Statistics.

Dr. Mark DeFrancesco, president of the American College of Obstetricians and Gynecologists, said the new numbers show progress in women's health -- reflected in a record low in the teen birth rate, the decline in C-sections and a lower preterm birth rate.

"Better preventing pregnancies among teenagers means that more women will have the opportunity to complete school, perhaps pursue careers and wait until they are ready to begin families," DeFrancesco said.

"This shows that more babies are starting off with a foundation for a strong, healthy life," DeFrancesco said. "And although cesarean deliveries will always be an important, life-saving part of obstetric practice, the decline in the cesarean rate shows that we are recognizing opportunities to avoid some cesareans and to counsel women toward successful vaginal births."

Highlights of the report include:

"We are delighted to see the preterm birth rate continue to decline for the eighth consecutive year," said Dr. Siobhan Dolan, a professor of clinical obstetrics and gynecology and women's health at Albert Einstein College of Medicine/Montefiore Medical Center in New York City. "This is great news for moms and babies, and means that more newborns are getting a healthy start in life."

Several factors contributed to the improvement in preterm birth rates, said Dolan, also a medical adviser to the March of Dimes. These included fewer C-sections, giving low-dose aspirin to prevent pre-eclampsia in women with high-risk pregnancies, and offering progesterone treatments for all women with a prior spontaneous preterm birth. Helping women quit smoking and providing group prenatal care also helped, she added.

DeFrancesco said that "meaningful change in health care can take time, but these numbers show that it can be done."

The findings were published in the Dec. 23 edition of the CDC's National Vital Statistics Reports.

To learn more about having a healthy pregnancy, visit the U.S. Centers for Disease Control and Prevention.