Smoke weed in college and your grades may go to pot

Smoke weed in college and your grades may go to pot 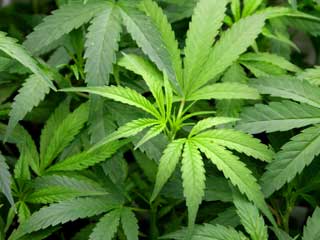 The study, which followed more than 1,100 college students for eight years, found that those who smoked pot tended to skip more classes. The more frequent their marijuana use, the more often they missed class.

Those skipped classes, in turn, were linked to a lower grade point average and delayed graduation.

The findings, published in the journal Psychology of Addictive Behaviors, do not prove that marijuana use was the root cause of students' academic struggles.

But lead researcher Amelia Arria said her team accounted for a range of other factors, including students' drinking and other drug use; involvement in sports and other extracurricular activities, and psychological factors such as depression.

They also measured some personality traits, like the tendency to act impulsively to seek "sensation," said Arria, an associate professor of behavioral and community health at the University of Maryland School of Public Health.

"We think that skipping-class variable is an important finding," Arria said.

Besides the obvious effect that would have on grades, it may reflect a broader attitude among college students who regularly smoke pot, said Arria.

"We think they may be less engaged in college life, and may not be taking advantage of all the opportunities it presents," she said.

Paul Armentano, deputy director of the nonprofit organization NORML, said it's impossible to pin the missed classes on pot, specifically.

"Correlation is not causation, and it would not appear that there is anything unique to cannabis [marijuana] that would cause those who experiment with it to skip classes," said Armentano, whose group advocates for legal marijuana use.

Instead, he said, it's more likely that other traits -- a student's tendency to "rebel" or act against "authority," for instance -- are at work.

That said, Armentano added, "our society ideally wants to encourage young people to make healthy lifestyle choices, which includes mitigating their use of intoxicants and being able to discern between use and abuse."

The findings are based on University of Maryland students, who were followed starting in their freshman year. As freshmen, 37 percent said they'd smoked marijuana at least once in the past 30 days -- the average being six days of the month.

Over time, if students decreased their pot smoking, grades tended to rebound, the study found. But when pot smoking increased, GPAs tended to drop as well.

To Arria, the findings suggest that college academic help centers should be aware that there's a connection between pot use and student performance.

"When students go to an academic assistance office, rarely does anyone ask them about alcohol or drug use," Arria said.

Simply asking students about it might be enough to raise their awareness, she said.

"Students often see marijuana as benign," Arria noted. "But if you ask them questions like, 'How often are you smoking marijuana, drinking, partying?' -- that alone may help them be more self-reflective and make better choices."

Parents, too, should be aware of the connection between marijuana and skipped classes, Arria said: "Parents need to know that their investment in college could be compromised by marijuana use."

She also suggested that policymakers keep it in mind. "They may want to put academic consequences on the list of things to consider when they're deciding whether to make marijuana more available," Arria said.

Armentano had his own take on the policy implications. "These findings reinforce the need for sensible cannabis regulations that seek to better discourage the use of cannabis and the ready access of cannabis by young people," he said. "That's a goal that criminal cannabis prohibition has failed to successfully achieve."

The U.S. National Institute on Drug Abuse has more on marijuana use.