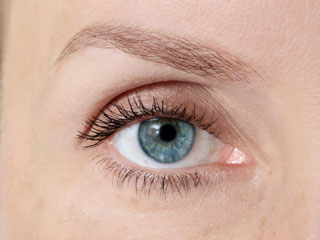 (HealthDay News) -- In news that's sure to make your skin crawl at least a little bit, a new study reports that everyone has microscopic face mites, and the critters may offer clues to each person's family tree.

These microscopic face mites -- known as Demodex folliculorum -- live in the hair follicles on the face, and the type of mite varies from population group to population group.

Scientists now know that distinct lineages of face mites follow families through generations. And, these mites don't easily transfer from one population to another, the new research found.

"It's shocking that we're only just discovering how deeply our histories are shared with the mites on our bodies," the study's senior author, Dr. Michelle Trautwein, a curator of entomology at the California Academy of Sciences, said in a news release from the organization.

"They aren't just bugs on our faces, they are storytellers. Mites tell us about our own ancient history -- it's a complex story, and we've only just scratched the surface," Trautwein said.

Face mites are related to spiders, but aren't visible to the naked eye. These miniscule parasites feed on skin cells and oils on eyebrows, eyelashes and other hair follicles. They're usually harmless. For some people, however, mites can cause certain skin and eye conditions, such as rosacea and blepharitis (inflamed eyelids), the researchers explained.

The study authors used genetic testing to link the evolution of mites to human evolution. After examining genetic material called mitochondrial DNA in mite samples taken from 70 people around the world, the researchers found people in different parts of the world harbor different mites that are passed down through generations.

"We discovered that people from different parts of the world host different mite lineages," said Trautwein. "The continent where a person's ancestry originated tended to predict the types of mites on their faces. We found that mite lineages can persist in hosts for generations. Even if you move to a faraway region, your mites stick with you."

The study, published in the Dec. 14 online edition of the Proceedings of the National Academy of Sciences, revealed that black Americans living in the United States for generations still had African mites. This suggests that some mites are more likely to survive and reproduce on people from specific parts of the world.

The researchers pointed out that the differences they found in mite lineages reflect the divergence of human populations, supporting the "Out of Africa" hypothesis -- the theory that every living person today is descended from a group that evolved in Africa before dispersing throughout the world.

"Another exciting mite revelation from our work is that mites aren't shared easily," said Trautwein. "Mites are not casually transferred to passersby on the street. We seem to share mites primarily with our family, so it likely takes very close physical contact to transmit mites."

The National Rosacea Society has more about human face mites.