Are you a secret santa or a grinch? Brain scans may tell

Are you a secret santa or a grinch? Brain scans may tell 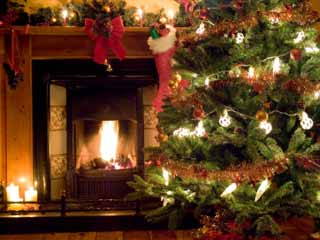 WEDNESDAY, Dec. 16, 2015 (HealthDay News) -- Whether you spend the Christmas season decking the halls and whistling Christmas tunes, or grumbling "bah humbug" at holiday-spirited passers-by may depend largely on a particular network of nerves in your brain, a small study suggests.

Brain scans from the study revealed a neural network that might determine whether or not someone will have the "Christmas spirit," the researchers said.

Certain areas of the brain were activated when people were shown Christmas-related images, but only if their personal background included Christmas traditions, said senior researcher Bryan Haddock. He is a medical physicist with Rigshospitalet, a hospital affiliated with the University of Copenhagen in Denmark.

The areas of the brain that were activated have also been shown to play a role in spirituality, as well as recognizing and sharing emotions with others, the researchers said.

The study was published in the Dec. 17 BMJ.

The research team stumbled onto the notion of a brain-based Christmas spirit while using MRI scans to study migraine, Haddock said.

They noticed that some people appeared to experience specific brain activity when shown Christmas-themed images, he said.

To test whether this effect was real, the researchers recruited 10 people who celebrate Christmas and another 10 who don't. Participants filled out a questionnaire about their Christmas traditions, feelings associated with Christmas, and their ethnicity.

Each person underwent a functional MRI scan while they viewed 84 images with video goggles, including Christmas-themed images interspersed with images of everyday activities. Each image was displayed for two seconds.

Functional MRI scans measure changes in blood oxygenation and flow that occur in response to nerve activity. These scans can produce maps of the brain that show which parts are working during a particular activity.

Those who celebrate Christmas appeared to have more activity in five specific areas of the brain when looking at Christmas-related images, compared to those who don't participate in the holiday, the researchers found.

Haddock said it's entirely possible that similar brain areas would activate if a person who celebrates Hanukkah or Ramadan were shown images from those holidays.

"It's very possible this is a general holiday network," he said. "When you see images that remind you of good times with your family, that same network might activate."

But it's also possible that the differences in the traditions associated with each holiday might cause different neural responses, Haddock said.

Dr. Matthew Lorber is acting director of child and adolescent psychiatry at Lenox Hill Hospital in New York City. He said the study shows how life events can train the brain.

Still, the researchers warned against reading too much into their findings.

"Something as magical and complex as the Christmas spirit and the emotions involved in it cannot be fully explained by, or limited to, these systems that we've mapped in the brain," Haddock said.

To learn more about brain imaging, visit the U.S. National Institutes of Health.