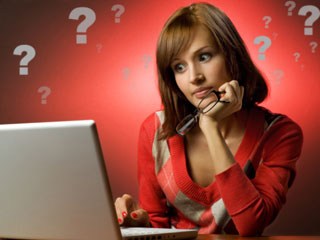 But a new Norwegian study finds that people opposed to these pro-anorexia videos have mounted a response. Now, the vast majority of anorexia-themed videos posted to YouTube actually encourage recovery and warn viewers about the dangers of the eating disorder.

Researchers analyzed the nature of widely viewed anorexia material because of concerns that viewers, especially diet-conscious young girls, might be swayed by videos promoting this unhealthy behavior.

But compared with pro-anorexia videos, "our study showed that anti-anorexia videos were in fact more popular and more positively rated," said study author Atte Oksanen, a professor of social psychology in the school of social sciences and humanities at the University of Tampere in Finland.

However, "parents should be aware that it is very easy for children to access potentially harmful material by accident," said Oksanen. "As regulating current social media is very difficult, it is more important that parents provide support for their children when needed."

The findings appear in a perspective piece published Dec. 16 in the journal Pediatrics.

Eating disorders often appear during the teen years or young adulthood, according to the U.S. National Institute of Mental Health. People with anorexia usually see themselves as overweight, even when they are dangerously underweight, and become obsessive about restricting their eating. Bulimia, another serious eating disorder, involves eating excessive amounts of food and then purging -- by vomiting or using laxatives.

The anorexic practice of self-starvation can result in death if the complex disease isn't treated, experts say. That's why postings normalizing anorexia are so worrisome.

YouTube, the most popular free, open-access video-sharing site, has more than 1 billion global users, the researchers said. Many are children and adolescents, as the absence of any age or membership requirements means that the site has little to no barrier to access, they noted.

The study team used the "YouTube Data Application Programming Interface" to collect information on the site's 25 most popular anorexia profiles, both pro and con, between October 2012 and October 2014.

The data included nearly 400 anorexia-themed videos, which received more than 12,000 viewer comments. Though the videos were made in 13 countries; nearly half were from America and 94 percent were from girls, the study found.

A content analysis revealed that anti-anorexia-themed videos -- those that encouraged and supported recovery -- had registered 4.8 million views. That made them far more popular than pro-anorexia videos, which had registered 1.5 million views, the researchers found.

Anti-anorexia videos also received notably more positive feedback than pro-ana videos, though there was no appreciable difference in the frequency of negative comments between the two, the researchers reported.

The team concluded that YouTube users/viewers are "more likely to encourage recovery than to advocate unhealthy eating practices."

Still, "parents should be aware of what's going on online," Oksanen said. "They should be able to talk with their children about these issues and have open dialogue if needed."

Scott Campbell, a professor of telecommunications at the University of Michigan, suggested that the findings are in line with what he would have expected.

"What we see is more popularity and support for the anti, or recovery, perspective, which makes sense considering that perspective is more normative," he said.

The National Eating Disorders Association estimates that in the United States, 20 million women and 10 million men suffer from a significant eating disorder at some time in their life.

There's more on eating disorders at the U.S. National Institute of Mental Health.