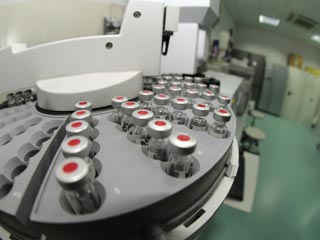 (HealthDay News) -- There's been a sharp rise in the number of industry-funded clinical trials of medical treatments and a significant decline in those financed by the U.S. government in recent years, new research finds.

That means there were six times more industry-funded trials registered in 2014 than trials funded by the NIH, according to the study.

The study authors suggested that these changes mean industry-funded clinical trials have a growing influence compared to government-supported trials. And, they noted, while companies have a vested interest in the outcomes of their clinical trials, government-financed trials often lead to prevention and treatment recommendations.

"My concern is that independent trials are on the decline and that means we have less high-quality data to inform public health that are not influenced by commercial interests," study leader Dr. Stephan Ehrhardt, an associate professor in the department of epidemiology at Johns Hopkins Bloomberg School of Public Health in Baltimore, said in a school news release.

"When I am doing a government-funded trial comparing two treatments, I start with the assumption that both treatments are equal. I don't have a vested financial interest in the outcome," he said.

"But when I am a drug company testing my new product, my objectivity can be compromised by the company's bottom line since it costs me millions of dollars to develop and test my product to get it on the market. It might be difficult for me to be completely objective. The stakes are very high," Ehrhardt said.

The findings were published Dec. 15 in the Journal of the American Medical Association.

Researchers looked at clinical trials -- studies conducted on people -- registered in the United States between 2006 and 2014. A trial must be registered if the results are going to be published, the researchers explained.

Ehrhardt believes there are two reasons for the decline in NIH-supported clinical trials: reduced federal government funding for the agency and increased competition for government medical research dollars.

He said that experts need to discuss how to best allocate health-related research budgets.

"What best informs public health? It's probably clinical trials in large populations, such as testing to see if a reduced-salt diet reduces blood pressure. That study changed the way people eat and helped to reduce hypertension in many people. Industry would never do that. They'd have no interest in a reduced-salt diet. There's no money in that," he concluded.

The U.S. National Institutes of Health has more about clinical trials.