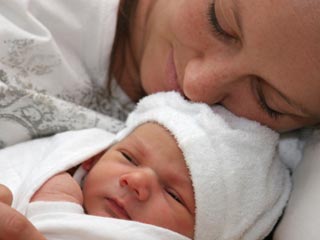 (HealthDay News) -- Scientists who saved the life of a newborn after a massive heart attack say the case shows that the human heart can fully recover after suffering major damage.

The heart attack suffered by the infant in the first hours of life was caused by a blockage in one of the heart's main blood vessels.

Findings from the study were published online Dec. 9 in the journal Circulation Research.

"One and one-half months after his severe illness, we were able to release the child. His heart is functioning normally. This observation proves for the first time that the human heart can fully recover after suffering massive damage," Jorg-Ingolf Stein, head of pediatric cardiology at the Innsbruck Medical University in Austria, said the news release.

"This discovery has enormous potential. After all, cardiovascular diseases are among the most frequent causes of death worldwide," he added.

Animal research has shown that regeneration of heart cells is possible, but after seeing how well this baby's heart recovered, the researchers now say it's possible in humans, too.

"Every cardiologist dreams of being able to restore full function to a damaged heart, and now we have seen that this works in principle in humans," Josef Penninger, director of the Institute of Molecular Biotechnology, said in the news release.

Penninger added that if the researchers can figure out the mechanisms that control heart repair in mice and other organisms, it would help them figure out how to repair damaged heart muscle in humans in the future.

The American Academy of Family Physicians has more about heart attack.