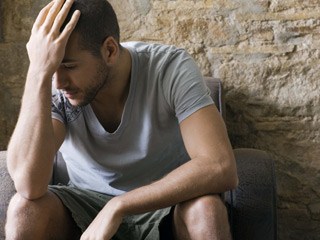 WEDNESDAY, Dec. 9, 2015 (HealthDay News) -- Here's some good news for the grim and the grumpy: A new study claims that unhappiness itself has no direct effect on whether people will die before their time.

Women in poor health are more likely to be unhappy, but their unhappiness does not in and of itself increase their overall risk of early death, researchers concluded after evaluating data on more than 700,000 women from the United Kingdom.

Earlier research on happiness and health put the cart before the horse, confusing cause and effect, said study co-author Sir Richard Peto, a professor of medical statistics and epidemiology at the University of Oxford in England.

The study was published Dec. 9 in The Lancet.

The new findings stem from the UK Million Woman Study, which continues to track the health records of 1.3 million women recruited between 1996 and 2001. Three years after enrollment, the women filled out a questionnaire that asked them to rate their health, happiness, stress, relaxation and feelings of control.

The researchers focused on a group of 719,671 women who answered all the questions regarding happiness, including 31,531 who died during the subsequent decade. About one out of six in the group said they were generally unhappy.

Therefore, the investigators concluded that unhappiness itself was not associated with increased mortality among the unhappy contingent of women.

Previous studies that linked reduced mortality with happiness, relaxation or a sense of well-being have not allowed for the strong psychological effect of ill health, the researchers said.

In the new study, women who were already in poor health tended to say that they were unhappy, stressed, not in control and not relaxed.

"If you want to be happy, then the main thing you need to do to be happy is to remain healthy, because illness is most likely to make you unhappy," Peto said.

Peto said the findings show that people need to focus on problems that directly affect their health, like smoking or obesity, rather than assuming that keeping their chin up also will keep them free from illness.

"There are these claims that if you have a positive attitude, you'll be healthy, but your health depends on what you do in your daily life," Peto said. "Going around with a positive attitude but still smoking, that's no good for your health. We need to concentrate on the few important causes of premature death."

However, this study does not completely shut the door on the potential health effects of happiness, because the researchers only looked at how happiness affected a person's risk of dying, said Philipe de Souto Barreto, a researcher with the Institute of Aging at the University Hospital of Toulouse in France.

"Health is a broader concept," said Barreto, who wrote an accompanying editorial in The Lancet. "If we think about diseases, studies have found, for example, that happiness was associated with a reduced risk of onset of coronary heart disease."

Barreto also noted that the sample only included women who, on average, were in late middle age. Other studies have shown that happiness may be more beneficial to men than women when it comes to overall risk of death, he said.

"Therefore, in my opinion, the debate is not yet closed," Barreto said. "Further research is still needed in the field of happiness and medical outcomes."

For more on well-being, visit the U.S. Centers for Disease Control and Prevention.