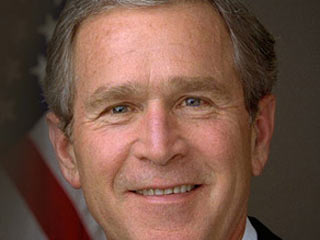 (FRANKLY) – Come election night, most Americans hope for a clear-cut presidential winner – somebody definitively ushered into office by an enthusiastic majority of voters.

But for politicians and the general public alike, there is always one nightmare scenario hovering in the back of their minds. What if the voting tally is so close that Americans will have to wait days, weeks or even months to find out which candidate won? And, even worse, what if the numbers tell you both people won?

Here are three of the closest results in presidential elections.

One of the most hotly contested elections in American history, Democrat Samuel Tilden won the popular vote by nearly 250,000 votes, and was leading Republican Rutherford B. Hayes by 19 votes in the Electoral College votes with only a few southern states yet to report.

Unfortunately for Tilden, those states' votes tallied 20, and after days of argument between the parties, and a purported deal to free those southern states of any remaining post-Civil War federal soldiers, the remaining votes went to Hayes. In the end, Tilden lost the Presidency by a single Electoral College vote.

It may be hard to believe, but only 12 short years after the Hayes-Tilden popular vote/Electoral College division, it happened all over again. This time, sitting President Grover Cleveland, a Democrat, won the popular vote by a scant 90,000 votes, but Republican Benjamin Harrison had a 37 vote advantage in the Electoral College, thanks to him carrying Cleveland's home state by 1 percentage point.

The kind of split election result that made Harrison president would not happen again for 112 years.

Thanks to this epically close election, phrases like "butterfly ballot" and "hanging chad" entered the American pop culture lexicon, and the electoral process was mired in red tape for over a month.

Democrat Al Gore lead the popular vote over Republican George W. Bush by some 500,000 votes, but the race really came down to Florida. With 25 Electoral College votes hanging in the balance, a few hundred Floridian votes would make the difference.

After a ruling by the Supreme Court to halt all recounts, Bush was named the winner, serving as Commander in Chief during some of America's most difficult crises, including 9/11 and the Iraq and Afghanistan wars. Al Gore, on the other hand, would go on to win a Nobel Peace Prize and an Academy Award instead.