9 movies to turn any night into Election Night

9 movies to turn any night into Election Night 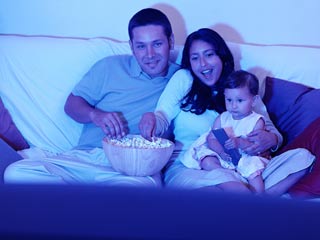 Here are some election films to keep your political juices flowing until the next election. (©Brand X Pictures/Thinkstock)

(WORLDNOW) -- Fiery speeches, dramatic events, surprise twists and Machiavellian staffers… political campaigns can bring out the best, and worst, in people. The events play out in real time each day and night in the news, yet the drama and tension keeps pulling people back for more. As this campaign season approaches the finish line, here is a look at some famous campaign films to keep your political juices flowing until the next election.

All the President's Men -- Watergate. Deep Throat. Woodward and Bernstein. You may already know the story, but watching Robert Redford (Woodward) and Dustin Hoffman (Bernstein) crack the scandal that led to Richard Nixon's resignation is still a must for any true political junkie.  Wag the Dog -- In an age of spin and media blitzes, how far would a president go to be re-elected? Robert De Niro and Anne Heche play Oval Office advisors who ask Hollywood to "produce" a fake war to make their president look like a hero. Before this year's Argo showed how a fake movie could save lives, this film showed how a fake war could save a presidency.

Ides of March ­-- Could George Clooney be president of the United States? He has already said that he wouldn't run, but watching him play the part of a presidential candidate makes you wonder if he could really win. Then again, after seeing all the behind-the-scenes machinations in this film, you may also wonder if he should run at all.

Election -- Not to be confused with the Hong Kong gangster movies of the same name, 1999's Election takes place before the hanging chads of the 2000 election and is set in a high school. It may be a small scale election, but the campaigns of Reese Witherspoon, Chris Klein and Jessica Campbell to be student body president could easily scale up to a national level.

The Manchurian Candidate -- The years-long build-up to this film's election is just one of the many clouds hanging over Raymond Shaw and Bennett Marco, but when all the plot lines collide at the end, it makes for one powerful payoff. (Note: Stick with the Frank Sinatra‘s 1962 original over the 2004 Denzel Washington remake, it's closer to the book and a better film overall.)

The Campaign -- Will Ferrell punched a baby, Zach Galifianakis grew a mustache and along the way they made the highest grossing election movie since 1978. If you believe in the primacy of the popular vote, then this is the movie for you.

Citizen Kane -- The sight of Charles Foster Kane giving a campaign speech in front of a giant poster of himself is almost as powerful as Kane's fall from grace mere days later. Kane loses much of his power, and many of his relationships, before setting off on the kind of post-scandal career that has become all too common in modern politics.

Black Sheep -- When the only thing preventing you from becoming governor is your brother, what's a candidate to do? Al Donnelly's aides made the decision for him - they sent his brother Mike on a road trip (or was it a ro-ad trip?). After the success of Tommy Boy, Chris Farley and David Spade traded in the auto industry for politics, and while it may be easy to mix the two movies up, they both remain good for a laugh.

Batman Returns -- Before Christopher Nolan gave us a darker and more realistic version of Batman, Tim Burton created a version of Gotham City that nearly elected The Penguin as its mayor. This may not be a strictly "political" movie, but if you are setting up a marathon, a few explosions and car chases are always a good way to change up the pace.