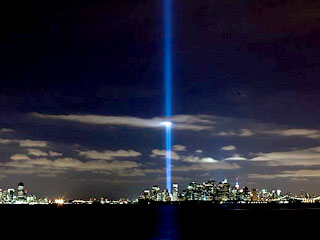 By Ted Rybka
Provided By WorldNow

When the National September 11 Memorial & Museum opens on the tenth anniversary of 9/11 in a dedication ceremony for victims' families, it will be a "soft opening" in many respects. That first day, it will only be open to the families of those killed in the 9/11 and 1993 World Trade Center attacks. The following day, it will open to the public (provided you have made advance reservations). And although the memorial portion will be accessible, the museum won't open until 2012.

Despite the staggered openings, National September 11 Memorial & Museum President and CEO Joe Daniels said it was important to open at least some portion by the tenth anniversary of the attack.

Daniels believes that when people see the memorial, questions regarding its opening will end. He claims the design helps "inspire" and hopes it "closes the wound" created by the terrorist attacks.

The Memorial consists of two pools that rest in the original footprints of the Twin Towers. Each pool is approximately one acre in size with 30-foot waterfalls surrounding it on all sides.

The Memorial not only honors those who lost their lives during the attacks of September 11, 2001 but also those who died during the February 26, 1993 attack on the World Trade Center. The names of all 2,983 victims will be listed on bronze parapets surrounding the pools.

Unlike other memorials or monuments, the names of the victims are organized not by alphabet. Instead, a complex algorithm was used to ensure people who knew each other would be grouped together. This was a crucial aspect for many victims' families.

"9/11 affected people across the country and around the world," said Daniels in a release. "This Memorial means something different for everyone, but I hope that in some way, it offers a chance for people to come together again in the spirit of unity we all remember from the days and weeks after 9/11."

To reserve a visitor's pass and to find out more information, please visit http://www.911memorial.org/.

Ted Rybka is an editor for WorldNow and has written on a variety subjects for print, radio and television for more than 10 years.