Transcript: Obama's remarks on the passing of the debt ceiling

Transcript: Obama's remarks on the passing of the debt ceiling bill 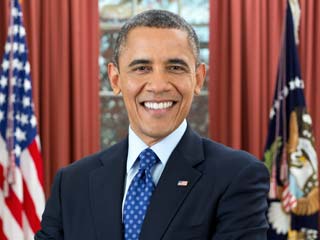 As released by The White House:

THE PRESIDENT: Good afternoon, everybody. Congress has now approved a compromise to reduce the deficit and avert a default that would have devastated our economy. It was a long and contentious debate. And I want to thank the American people for keeping up the pressure on their elected officials to put politics aside and work together for the good of the country.

This compromise guarantees more than $2 trillion in deficit reduction. It's an important first step to ensuring that as a nation we live within our means. Yet it also allows us to keep making key investments in things like education and research that lead to new jobs, and assures that we're not cutting too abruptly while the economy is still fragile.

This is, however, just the first step. This compromise requires that both parties work together on a larger plan to cut the deficit, which is important for the long-term health of our economy. And since you can't close the deficit with just spending cuts, we'll need a balanced approach where everything is on the table. Yes, that means making some adjustments to protect health care programs like Medicare so they're there for future generations. It also means reforming our tax code so that the wealthiest Americans and biggest corporations pay their fair share. And it means getting rid of taxpayer subsidies to oil and gas companies, and tax loopholes that help billionaires pay a lower tax rate than teachers and nurses.

I've said it before; I will say it again: We can't balance the budget on the backs of the very people who have borne the biggest brunt of this recession. We can't make it tougher for young people to go to college, or ask seniors to pay more for health care, or ask scientists to give up on promising medical research because we couldn't close a tax shelter for the most fortunate among us. Everyone is going to have to chip in. It's only fair. That's the principle I'll be fighting for during the next phase of this process.

And in the coming months, I'll continue also to fight for what the American people care most about: new jobs, higher wages and faster economic growth. While Washington has been absorbed in this debate about deficits, people across the country are asking what we can do to help the father looking for work. What are we going to do for the single mom who's seen her hours cut back at the hospital? What are we going to do to make it easier for businesses to put up that "now hiring" sign?

That's part of the reason that people are so frustrated with what's been going on in this town. In the last few months, the economy has already had to absorb an earthquake in Japan, the economic headwinds coming from Europe, the Arab Spring and the [rise] in oil prices -- all of which have been very challenging for the recovery. But these are things we couldn't control. Our economy didn't need Washington to come along with a manufactured crisis to make things worse. That was in our hands. It's pretty likely that the uncertainty surrounding the raising of the debt ceiling -- for both businesses and consumers -- has been unsettling, and just one more impediment to the full recovery that we need. And it was something that we could have avoided entirely.

So, voters may have chosen divided government, but they sure didn't vote for dysfunctional government. They want us to solve problems. They want us to get this economy growing and adding jobs. And while deficit reduction is part of that agenda, it is not the whole agenda. Growing the economy isn't just about cutting spending; it's not about rolling back regulations that protect our air and our water and keep our people safe. That's not how we're going to get past this recession. We're going to have to do more than that.

And that's why, when Congress gets back from recess, I will urge them to immediately take some steps -- bipartisan, common-sense steps -- that will make a difference; that will create a climate where businesses can hire, where folks have more money in their pockets to spend, where people who are out of work can find good jobs.

And while we're at it, we need to make sure that millions of workers who are still pounding the pavement looking for jobs to support their families are not denied needed unemployment benefits.

Through patent reform, we can cut the red tape that stops too many inventors and entrepreneurs from quickly turning new ideas into thriving businesses -- which holds our whole economy back. And I want Congress to pass a set of trade deals -- deals we've already negotiated -- that would help displaced workers looking for new jobs and would allow our businesses to sell more products in countries in Asia and South America, products that are stamped with the words "Made in America."

We also need to give more opportunities to all those construction workers out there who lost their jobs when the housing boom went bust. We could put them to work right now, by giving loans to private companies that want to repair our roads and our bridges and our airports, rebuilding our infrastructure. We have workers who need jobs and a country that needs rebuilding; an infrastructure bank would help us put them together.

And while we're on the topic of infrastructure, there's another stalemate in Congress right now involving our aviation industry which has stalled airport construction projects all around the country and put the jobs of tens of thousands of construction workers and others at risk -- because of politics. It's another Washington-inflicted wound on America, and Congress needs to break that impasse now –- hopefully before the Senate adjourns -- so these folks can get back to work.

So these are some things that we could be doing right now. There's no reason for Congress not to send me those bills so I can sign them into law right away as soon as they get back from recess. Both parties share power in Washington, and both parties need to take responsibility for improving this economy. It's not a Democratic responsibility or a Republican responsibility; it is our collective responsibility as Americans. And I'll be discussing additional ideas in the weeks ahead to help companies hire, invest and expand.

So, we've seen in the past few days that Washington has the ability to focus when there's a timer ticking down, and when there's a looming disaster. It shouldn't take the risk of default -- the risk of economic catastrophe -- to get folks in this town to work together and do their jobs. Because there's already a quiet crisis going on in the lives of a lot of families, in a lot of communities, all across the country. They're looking for work, and they have been for a while; or they're making do with fewer hours or fewer customers; or they're just trying to make ends meet. That ought to compel Washington to cooperate. That ought to compel Washington to compromise, and it ought to compel Washington to act. That ought to be enough to get all of us in this town to do the jobs we were sent here to do. We've got to do everything in our power to grow this economy and put America back to work. That's what I intend to do, and I'm looking forward to working with Congress to make it happen.

Thanks very much, everybody.