It’s Friday the 13th, but where are the boogeymen?

It’s Friday the 13th, but where are the boogeymen? 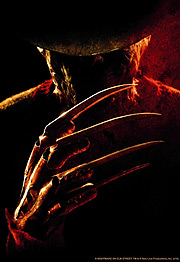 The most recent incarnation of Freddy Krueger. (©PRNewsFoto/Universal Studios Hollywood)

It used to be that you had more to be scared about on Friday the 13th than a bad case of triskaidekaphobia, but the days of Freddy, Jason and Michael are, sad to say, long gone.

Too many sequels and remakes have rendered the fabled boogeymen of the Reagan Era moot in today's pop culture. Sure, kids these days still know who the unholy trinity are, but the idea of lining up for a midnight screening of their latest fright flick just seems passé. The "psychological terror" of Saw's Jigsaw, the splattered gore of Hostel and the low-budget chic of Paranormal Activity have taken over the multiplexes, and we are so much worse off for it.

Sure, these films show how terror may be lurking behind the mundane, but when the calendar flips to that magical date of Friday the 13th, the horror fan wants more, wants a villain who ties in to that day, who has some lore behind him. What makes this day different from every day, and why? The answer should be that it's the anniversary of some horrible act that has locked a soul in a torment of eternal revenge.

Freddy was murdered by the village townsfolk whose children he would later haunt, Michael was an unstoppable evil and Jason, he of the titular Friday the 13th series, came back from the dead after he perished due to teenage neglect. These boogeymen all had stories that could have belonged to Dracula, Frankenstein or the Wolfman. They were timeless, classic, and you could always count on (or should I say tremble at the thought of) them coming out whenever the stars aligned on that much maligned thirteenth day that happened to fall upon a Friday.

Now? Demonic possession, zombie outbreaks, deranged outsiders and cruel scientists rule the day. Largely, these villains could strike anyone at anytime, which makes them perfect in an age of terrorism, biological warfare and earthquakes. The everyday has become frightening and our movies represent that. Things are scary enough that the studios seem to think that we don't need a boogeyman anymore, but they are wrong -- we need him more than ever.

After all the terror, all the running and grisly deaths, classic boogeyman cinema almost always ends with the death of the boogeyman. The would-be victim triumphs and reassures the audience that everything will be OK, that we can survive, that when our backs are put against a wall, we can fight back. Heroism was good and, if you looked, you could also find truth, justice and The American Way in the defeat of the boogeyman. Our horror films, in their own way, told us to never give up and always to strive to defeat those who would put you down.

Demons you excise, zombies you succumb to, and the outsider and scientist are often one-off characters -- you might survive, but you don't survive him, the villain of lore. I miss our national boogeymen, both for their scares and for the strength they showed in those who stood up to them, and survived.