Are you ready for Record Store Day?

Are you ready for Record Store Day? 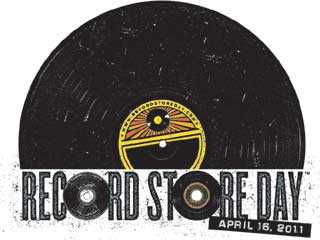 For me, when I think about Record Store Day (April 16th this year), I think about Widespread Panic. They had been a band that I'd heard about for some time but had never really listened to. Then last year they released two free MP3s on Record Store Day, and those two tracks, "North" and "Dirty Side Down," have been on fairly heavy rotation on my iPod ever since.

Of course, that's not exactly what Record Store Day is about. Yes, part of it is to exposure people to new bands, but the true thrust of the day is to get you into the indie record shops, the very places where people used to go to find out about new music before Best Buy, Wal-Mart and iTunes became took over such a large share of the music market (not to mention Napster, Circuit City, Tower Records and others who have fallen by the wayside).

Big box stores or MP3 services may be the easiest way to get the new song you're looking for, but as Stanton Moore of Galactic put it, "Indy [sic] record stores can offer knowledge, experience and a level of personal service that can be hard to find through other outlets. I can go into my Local indy [sic] store (the Louisiana Music Factory) and talk to the owners and get info on records that my favorite musicians have played on. Having this relationship has been super important to my musical development and the growing of my collection. You can't get that kind of service anywhere else."

In honor of that tradition scores of bands are releasing new material specifically for Record Store Day. These range from a previously unreleased song by Derek & The Dominos ("Got To Get Better In A Little While") on 7" vinyl to three never before issued R.E.M. tracks (THREE: First Three Singles from Collapse Into Now) to a Gorillaz album that Damon Albarn recorded on his iPad during the band's last tour (The Fall). A full list of the releases can be found here or on this downloadable PDF.

Of course, Record Store Day is about more than just being able to buy new music. Ziggy Marley has said that "record stores keep the human social contact alive it brings people together. Without the independent record stores the community breaks down with everyone sitting in front of their computers." And to bring people together, many bands are making special in-store appearances.

My Chemical Romance will be in Vertigo Music in Grand Rapids, Mich., The Foo Fighters will be at Fingerprints in Long Beach, Calif. and Todd Rundgren will be hosting a Q&A session at Hungry Ear Records in Kailua, Hawaii. Information on all the in-store appearances can be found here.

And should you miss the events surrounding Record Store Day, you can still support your local record shop at any point in the year, for without your support, they may cede even more ground to the big box stores. Or as The Decemberists' Colin Meloy put it, "Having grown up in a town without them, I can tell you that it's no fun to shop for indie records at chain box stores. Independent record stores like Sonic Boom in Seattle, Rockin Rudys in Missoula and 2nd Avenue in Portland were holy golden shrines to me growing up. Actually, they still are."

For more information on Record Store Day, visit its website at www.recordstoreday.com.

Dan Meade is the Entertainment editor for WorldNow and has shed a tear or two upon seeing some of his old record store haunts close up. You can follow him on Twitter here.