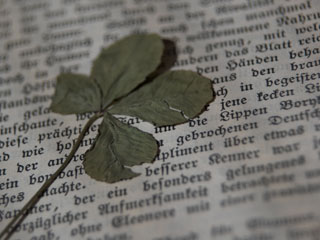 With shamrocks hung on doors and parade plans in the works, March is full of all things St. Patrick's Day. Along with the festivities comes a curiosity about the culture they represent. A good way to get acquainted with the Irish is to pick up a novel by one of the island nation's gifted authors.

The wealth of Irish literature stems from the country's impressive historical legacy of folklore and storytelling, says Richard Haslam, Ph.D., a native of Belfast, Ireland, and associate professor of English at Saint Joseph's University in Philadelphia, Pa.

As he remarked previously for The Indianapolis Star, "The Irish admire verbal dexterity. They like people who can tell a good story or sing a good song. If you're a child who has that gift, it's going to be encouraged and nurtured."

But while most are familiar with Irish literature all-stars such as Joyce and Yeats, Haslam says there are many talented Irish authors who go unnoticed outside of Ireland.

One such author, Haslam says, is Mary Beckett. Her 1987 novel, "Give Them Stones," tells the story of a working-class woman. By following her life, readers also track social and political pressures that led to the eruption of the Northern Irish Troubles in the late 1960s, says Haslam. The only problem is that Beckett's book, like those of many other Irish authors, is out of print in the United States.

"They are often overlooked because their books are not in print or are only available in expensive scholarly editions," he says.

However, with the advent of digital books, several titles recommended by Haslam – which are listed below – are available on Google Books, or can be acquired the old-fashioned way: by visiting a library.