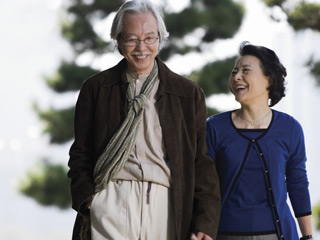 Reproduced from the National Institutes of Health

A new study in older adults shows that brisk walking can increase the size of a brain region involved in memory formation. The finding suggests that moderate physical exercise can help protect the brain as we age.

The brain region called the hippocampus begins to shrink in older adults as part of the normal aging process. This can contribute to forgetfulness, memory loss and increased risk of dementia. Physical fitness is known to be associated with both increased hippocampus size and improved cognitive ability. However, it was unclear how exercise might affect people who'd already had some hippocampus deterioration as a result of aging.

To investigate, a research team led by Dr. Kirk Erickson at the University of Pittsburgh and Dr. Arthur Kramer at the University of Illinois recruited 120 sedentary older adults without dementia. Participants were randomly placed in 2 groups. One group was asked to walk around a track for 40 minutes a day, 3 days a week. The other group did only stretching and resistance training. The study was largely supported by NIH's National Institute on Aging (NIA). The results appeared on January 31, 2011, in the Proceedings of the National Academy of Sciences.

The researchers also examined levels of brain-derived neurotrophic factor (BDNF), a small molecule known to be involved in learning and memory. They found that increases in hippocampus size were associated with increased amounts of BDNF.

Taken together, these results suggest that inactive older adults may be able to stop or reverse age-related hippocampus atrophy in just one year of moderate aerobic activity.

"We think of the atrophy of the hippocampus in later life as almost inevitable," Erickson says. "But we've shown that even moderate exercise for one year can increase the size of that structure. The brain at that stage remains modifiable."