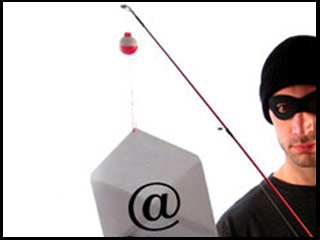 Scammers look for targets of any age and in any location, who they can convince to send money in the name of love (©iStockphoto.com/Dave Pilibosian)

Millions of Americans use online dating and social networking sites to meet people. But scammers also use these sites – as well as chat rooms. They create fake profiles to find potential victims and attract attention. Scammers look for targets of any age and in any location, who they can convince to send money in the name of love.

The Federal Trade Commission, the nation's consumer protection agency, says that sometimes online romance can be a fantasy, perpetrated by scam artists who are in it for the money rather than the relationship. The agency cautions people active on dating sites to use their heads as well as their hearts.

It can be tough to tell if your sweetie's heart is in the right place. Here are some clues that it's not:

People have reported scammers who professed undying love and affection at warp speed; others who secured their trust through passionate and intimate conversation; and still others who took a more deliberate approach with months of patient wooing before asking for money. Some scammers even make wedding plans.

Eventually, these scammers asked their love interests to wire money, usually to a location outside the U.S. Often claiming to be out of the country for business or military service, the pretenders may have talked about an urgent need for money for travel, medication, hospital bills for a child or other relative, visas or other official documents, for help in recovering from a temporary financial setback, or for a loan, but just until a big business deal takes place. Some asked their victims to do them a favor, like make a purchase online or forward a package to another country.

According to complaints received by the FTC, the requests for money generally do not stop. If you respond once, you can count on more: money for an airline ticket, for another hospitalization, or for replacement funds for money lost during a mugging, a robbery, or detention in another country.

Regardless of how convincing the story, the bottom line is this: if you send money to someone you haven't met, the money will be gone, along with the person you thought you knew. Wiring money is the same as sending cash: once it's gone, you can't get it back. It can be heartbreaking to think of being so disappointed by someone you thought you knew, but it doesn't have to bankrupt you, too.

How to Report Online Dating Scams