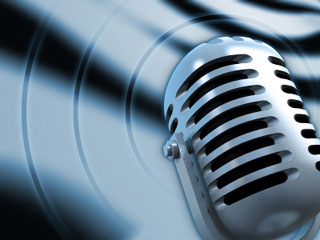 Because of the nation's division over civil rights, artists might have recorded under different names to escape harassment or harm (iStockphoto.com/Baris Simsek)

A surprisingly large number of "B" sides on old 45s of gospel songs deal with civil rights, despite the fact that the musicians' involvement might have been risky for them, says a Baylor University researcher.

The recent discovery "tells us that the gospel community was much more involved in the civil rights movement than we previously thought," said Robert Darden, an associate professor of journalism at Baylor and a former gospel editor for Billboard magazine, who is leading a Baylor project to collect and preserve little-known gospel records from the 1940s to the 1970s.

Lyrics from some years speak of civil rights marches and demonstrations in Atlanta, Tennessee, Birmingham and Chicago, of snapping police dogs, of integration. Some pay tribute to Martin Luther King Jr.

"The reason we haven't realized this before is that when we've known about a song, it is almost always the hit or ‘A' side," Darden said.

Because of the nation's division over civil rights, artists might have recorded under different names to escape harassment or harm.

In 2005, Darden began a search-and-rescue mission for gospel music on old 78s, 45s and LPs and in various taped formats to be preserved digitally for posterity and cataloged at Baylor. He began the Black Gospel Music Restoration Project because he was concerned that while contemporary gospel was thriving, early gospel by lesser known artists might be lost forever.

The songs related to civil rights may have escaped notice because few scholars are studying gospel music's impact on that issue, as well as the fact many of the artists are lesser known, he said.

Baylor has obtained for preservation more than 2,000 loaned or donated LPs, 78s, 45s and tapes. For more information, visit www.baylor.edu/lib/gospel