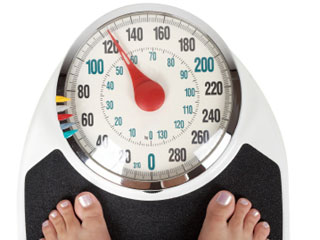 All this week I kept thinking: "Looks like I picked the wrong week to try to lose weight."

I managed to stay the same weight, so, at least that feels good. I'm trying to remember that not gaining is (almost) as good as losing.

It's just been really rough this week.  Some personal issues have made it difficult to focus on my weight loss.  And after 11 years, I'm moving out of Manhattan, which is freaking me out a little.  Add in the specific stress of finding an apartment in New York City (which I did this past weekend!) and realizing that now I have to get packed and moved in 3 weeks and I've definitely been indulging in some emotional eating.

There has been one unexpected positive side-effect of getting ready to move, though.  I decided that rather than move all of the food in my cupboards and refrigerator, I want to eat as much of it as possible.  This has really helped me get back in the habit of eating breakfast at home, bringing my lunch to work, and cooking more often for dinner.

I haven't really stuck to my gym or Weight Watchers goals for this week, but, here I am, writing! So at least there's that.